Sorry, you need to enable JavaScript to visit this website.

Elfadil Study Summary: Peptide Based Formula and Tolerability in Children

The purpose of this study was to assess changes in GI tolerance and healthcare utilization in children receiving peptide-based HEN (PBD).

This was a retrospective review of the electronic medical records of children <18 years of age and receiving at least 80% of nutrition needs from EN between October 2015 and October 2019.

A total of 30 children participated, 21 (70%) of whom were directly started on PBD as an initial formula (PBD-i) and 9 (30%) who were initiated on a standard polymeric formula (SPF) and later transitioned to a PBD (PBD-t). 66.7% of participants were male with a mean age of 8.4 years in the PBI-i group and 10.2 years in the PBD-t group. Indications for use of enteral nutrition (EN) included malnutrition, dysphagia, poor oral intake/feeding difficulties and bridge to oral feeding. Indications for use of PBD included malnutrition, pancreatic insufficiency, and current or past intolerance to SPF.

Figure 1 shows the reduction in GI distress with a transition to PBD (P=0.45) 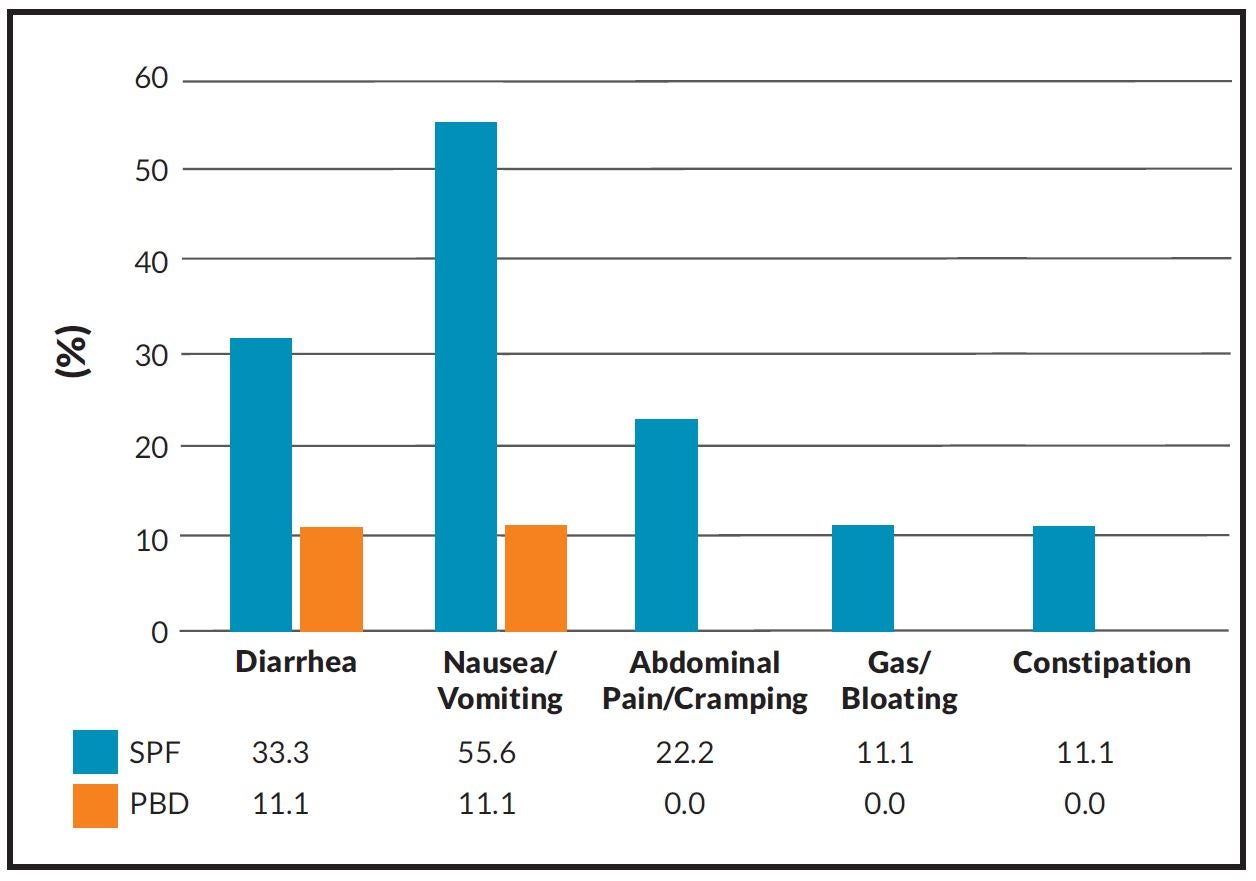 In children who required long-term HEN, PBD was well-tolerated as either an initial HEN formula or as a transition feeding. In SPF-intolerant children, transition to PBD resulted in significant improvement in HEN tolerance and a reduction in healthcare utilization.

Abstract Summary Prepared by Nestlé Health Science.  Download PDF of Summary
The published abstract can be accessed at: https://aspenjournals.onlinelibrary.wiley.com/doi/epdf/10.1002/jpen.2202

We will help you keep posted on the latest articles, webinars, studies and other content that matters to you!